Each year throughout the East Ramapo Central School District, we celebrate National Hispanic Heritage Month from September 15 to October 15. This is when we recognize the contributions and influence of Hispanic Americans to the history, culture, and achievements of the United States.

Students at Grandview Elementary dressed in their Hispanic culture’s traditional clothing and created extraordinary posters exhibiting characteristics of their Latino country, such as flag, geography, food, or species.

Hempstead Heroes in Ms. Mullan's class learned about celebrations, traditions, and art from Mexico as well as other Hispanic countries around the world.  They drew marigolds, which have long been an important flower in Mexican culture - their  deep orange hues and depth of color represent the brilliant and colorful lives of those who have passed away. 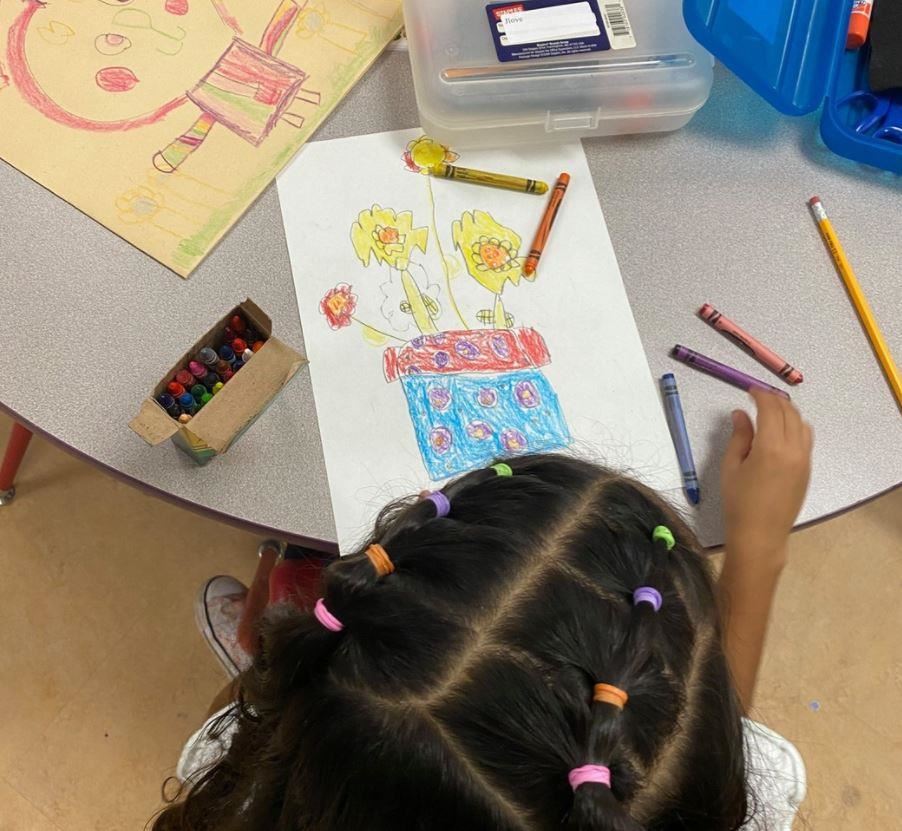 Ms. Suzannah Panaro's Special Education Social Studies classes in Spring Valley High School studied Mexican icon Frida Kahlo, a deeply patriotic artist known for her portraits and inspired works of nature and Mexican artifacts. Students decorated the portrait cutout with either an inspirational quote or a drawing of a face.

Fleetwood Elementary students in Ms. Simpson-Luna's Library classes were transported to different worlds as they read about Hispanic and Latino cultures, traditions, foods and influential people. The whole student body wrapped up the month-long celebration with a glorious parade through the school hallways, proudly waving their country's flag and marching together with their El Salvadorian, Guatemalan, Ecuadorian, Dominican Republic, and Mexican classmates.

The Book of the Month for October at Elmwood Elementary was "Sonia Sotomayor: A Judge Grows in the Bronx", an inspiring story about how, despite many obstacles and adversity, a brave little girl from the Bronx rose to become a Supreme Court Justice. Students in Mr. Hershfield's Sixth Grade Class read the book and demonstrated what they learned about her resilience and determination, her wise & inspiring words, and the extraordinary accomplishments she has achieved as a Hispanic woman in America. See VIDEO.

Eighth graders at Kakiat STEAM Academy were treated to a visit from Judge Roselina Serrano, the first Latina Judge appointed in Rockland County, who spoke about her career and how she persevered through the many obstacles and challenges to succeed and realize her dreams. Learning about a role model like Judge Serrano can be very inspirational for thousands of Hispanic students throughout the East Ramapo Central School District. READ FULL STORY

It is the goal of the East Ramapo Central School District to host a district website that is accessible to all users. Please view our Accessibility Statement above. The District is not responsible for facts or opinions contained on any linked site. Some links and features on this site require the Adobe Acrobat Reader to view.
Copyright © 2002-2021 Blackboard, Inc. All rights reserved.